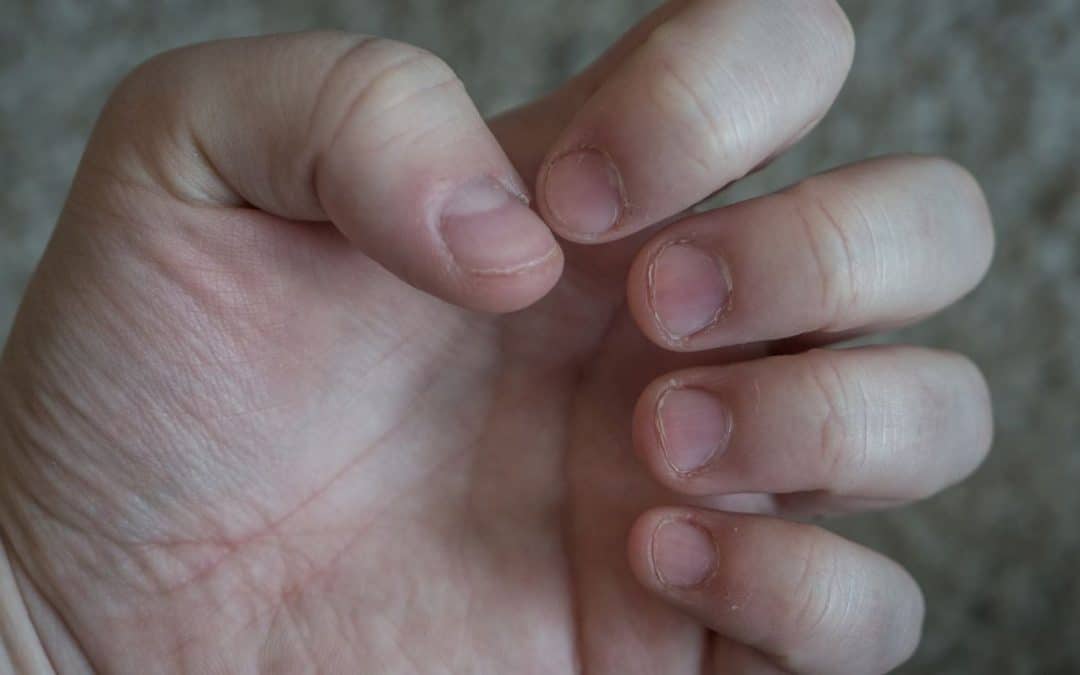 Can Habit Reversal Help Break the Cycle of Skin-Picking?

Skin-picking, also known as dermatillomania and excoriation, is a body-focused repetitive disorder (BFRD) in which the person has an irresistible urge to scratch, pick, or scrape their skin on a near-constant basis. Skin-picking can occur on any part of the body, but common areas include the scalp, face, arms, legs, and hands. When skin-picking isn’t addressed in time, it can cause scarring of the skin or co-occur with more serious mental health issues such as body dysmorphic disorder.

BFRB stands for Body-focused Repetitive Behavior. BFRBs are defined as a cluster of behaviors in which an individual repeatedly engages in body focused acts (e.g., hair pulling, skin picking, nail biting) that result in damage to the body. The repetitive nature of these behaviors can make them hard to stop, and can lead to other mental health problems such as anxiety or depression.

A person who compulsively bites their nails may start feeling anxious before they go into a meeting at work because they know they will have ruined nails afterwards, leading them back to nail biting again.

What Is Habit Reversal Therapy?

Habit reversal therapy is one type of cognitive behavior therapy for people with BFRBs. This therapy helps you to change your response to whatever triggers your urge to pick. The goal is to replace picking at your skin, hair, or nails with an activity that provides a similar sense of satisfaction but does not lead to damage. One example might be wearing gloves while you do dishes. Another example might be brushing your teeth instead of picking at any bumps on your face or fingers. There are many different possibilities and this method is often customized for each person’s needs.

How Does Habit Reversal Work to Change Behavior?

Habit reversal can be a powerful intervention for skin picking. It is a type of behavioral treatment that works by associating something with your picking that becomes incompatible with it. In other words, you reward yourself for not engaging in your compulsion by making sure you do something else instead. To make this happen, the person has to choose their replacement activity ahead of time and follow through on their commitment every time they stop themselves from performing their compulsive behavior. You can’t just tell yourself to stop picking and then continue to pick, or you may simply find that your compulsion grows worse. You have to replace your picking with something else. That something else is called a replacement behavior.

Where Can I Learn More about Habit Reversal Therapy for Skin-Picking Disorder?

Habit reversal therapy for skin-picking disorder is a technique that helps people learn how to stop unwanted behaviors, like picking their skin. Comb-B is a method that is used in this type of therapy, and it can help you learn what triggers your skin picking and what to do about it. Comb-B stands for behavioral, cognitive, emotional, and biological interventions. It’s designed to help patients identify triggers for their behavior and then create an action plan to prevent the behavior from occurring again. Comb-B has been shown to be effective in treating other body-focused repetitive disorders, such as nail biting, hair pulling, and compulsive hair plucking. If you are interested in referrals or treatment of skin-picking please contact us at Better Living Center for Behavioral Health.