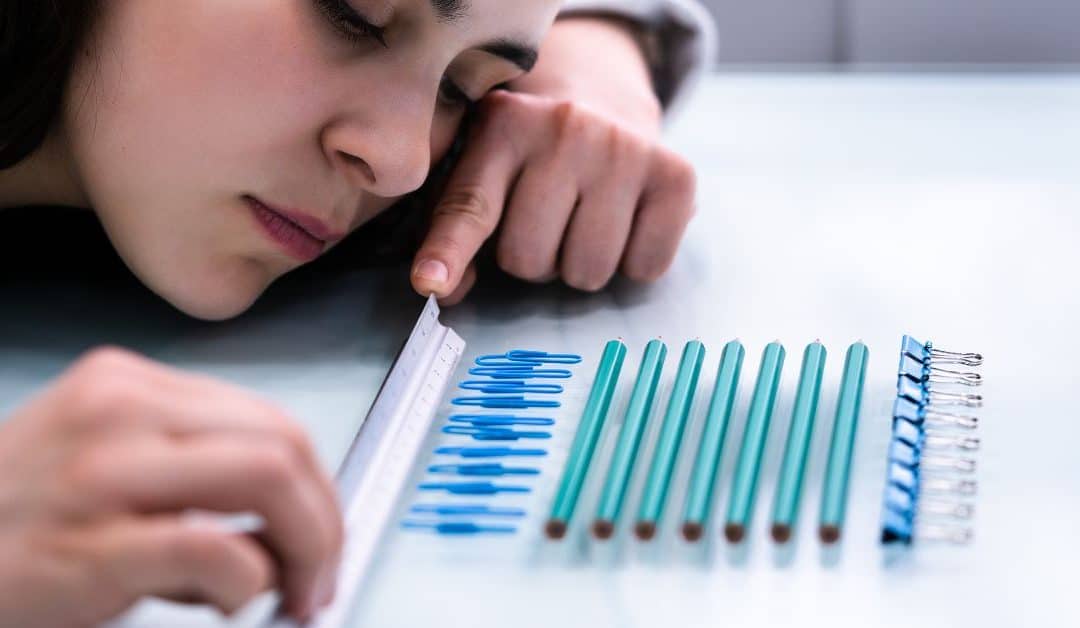 Obsessive-compulsive disorder (OCD) is characterized by distressing thoughts (obsessions) and/or repetitive behaviors (compulsions). While many people are familiar with the most common form of OCD, washing and cleaning compulsions, other subtypes of OCD may be less well-known, such as compulsive staring. The hallmark symptom of compulsive staring OCD is the excessive, intrusive thoughts or urges to stare at others in inappropriate or uncomfortable ways, especially strangers on the street or in public places.

OCD stands for Obsessive Compulsive Disorder, and is a mental disorder characterized by intrusive thoughts (obsessions) and compulsive behaviors that the person feels driven to perform (compulsions). These compulsions are performed in response to the obsessive thoughts. While most people with OCD have both obsessions and compulsions, there are many presentations that OCD can take. If you think you might have OCD, it is important to see specialists in treatment of OCD for help. Many providers are unfamiliar with the presentations that OCD can take or how to apply evidence-based treatments to these less common types of OCD.

Behavioral therapy is typically considered the first line treatment for compulsive staring OCD. It usually consists of a combination of exposure and response prevention, where patients are gradually exposed to their feared objects in a controlled way and then learn to resist the urge to stare at them. Exposure therapy has been shown to be effective for reducing symptoms in about 75% of patients with compulsive staring. This type of therapy should be done under supervision from a qualified mental health professional, who has specialty experience in treating OCD with exposure and response prevention.